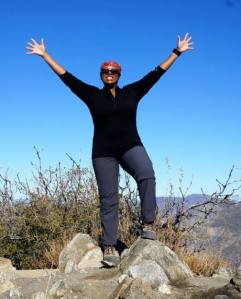 I haven’t shared this story with many people, but I think this is a story that needs to be told because it might help somebody who’s struggling with a decision, feeling like they’re being pulled in different directions.

Last summer, I was a hiking fool. I felt greater than ever before and I was on fire. So when the opportunity came for me to climb Mt. Whitney with a friend and some of his co-workers, I jumped on it. I was feeling kind of bummed from the year before when I led my own group to Mt. Whitney and ended up not summiting due to a rookie mistake regarding my camera. (See prior post.)

Not long after I committed to this climb, I received a call from a casting agency that I had previously worked with asking if I would be available to do a commercial shoot as a hand double for a celebrity spokesmodel representing a major cosmetics company. Of course, they wanted me available on the dates I was planning to be at Mt. Whitney.

Reluctantly, I told them I was available, knowing there was the possibility of the dates getting bumped or the shoot getting canceled altogether. I kept my fingers crossed and told my friend leading the Mt. Whitney trip that I might have to cancel on the trip due to work.

Within days of the possible shoot, I hadn’t heard anything from the agency, so I told my friend that it was most likely a no-go on the commercial and that I was committed to the trip. Since permits are required to climb Mt. Whitney, I wanted to give my friend ample notice of my cancellation to give him enough time to find a replacement.

The evening before the proposed commercial shoot, which was a day before we were to leave for Mt. Whitney, I received a call from the agency asking me to report to set the next morning. I was torn because I was looking forward to climbing Mt. Whitney with my friend and his co-workers. I also knew that the commercial shoot was a great opportunity. What to do? 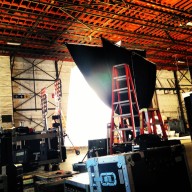 I almost turned down the shoot, citing plans already established, but I knew that would have been very bad. I realized I was already committed to the shoot because I had previously told them I was available on the dates they quoted. Never mind that they called me at the last minute to confirm.  That’s Hollywood for you.

I called my friend to tell him I couldn’t go to Mt. Whitney and, as expected, he was very disappointed. Because of the late notice, he was unable to find a replacement for me, so his permit went to waste. I offered to pay him for the cost of the permit as I really wanted to make the situation right. I was disappointed in myself for letting him down, and I was equally disappointed that I wasn’t going to climb Mt. Whitney.

The last day of the shoot, I was approached by the hair stylist to the spokesmodel I hand doubled for. She remembered me from the previous shoot I did with them 2-1/2 years prior. She asked for my number so that she could pass it on and keep me in the loop for other opportunities with this celebrity. I gave her my number, but took it with a grain of salt because I know how things can fall through for various reasons.

Some time after the shoot wrapped and things returned to normal again, I found myself facing scary thing, a weekend without plans. One evening, I had a sudden desire to take a trip to the Sierra. I remembered a hike that I had wanted to do in the Horseshoe Meadow area to a place called Chicken Spring Lake. I packed my bags and hit the road on Friday morning. I had no reservations anywhere, just a tent and some gear.

I knew I could probably nab a campsite at the walk-in campground at the Cottonwood Pass trailhead, so I took the chance and it paid off. The next morning, when I unzipped the door of my tent, the first thing I saw when I looked outside was three familiar faces at a nearby picnic table enjoying breakfast together. I was initially shocked to see them, but then realized they were with a group that was to hike Mt. Whitney the next day.

My friends were surprised and excited to see me. I explained what I was doing there and told them what had happened with my failed plan to climb Whitney with my other friend. That was when they mentioned that a person in their group wasn’t going to be able to climb, due to a knee issue, and had a permit available.  They encouraged me to take the permit.

I was unsure if I was ready to take on Mt. Whitney on such short notice.  It was the furthest thing from my plans that weekend.  However, I was prepared for the most part, and anything I didn’t have could be easily acquired in Lone Pine.  I went on my planned hike to Chicken Spring Lake and mulled it over.  When I returned to the campground, I told my friends I would take the permit to climb Mt. Whitney the next day.

I climbed the mountain and did it in 4 hours less time than my first trip in 2011.  All of the circumstances came together to create the right opportunity.  The entire month of July, I climbed big mountains.  The first weekend, I climbed Mt. Baldy (10,064 ft.)  Then I climbed Mt. San Gorgonio (11,503 ft) and the next weekend, I climbed a fourteener, White Mountain (14,252 ft.)  The following weekend, it was Mt. Whitney.

Because I had spent so much time at high altitudes, my body was well acclimated and ready to take on Whitney.  Perhaps if I had attempted Mt. Whitney during the time of the commercial, I wouldn’t have been in such good shape, or I might have had to cancel my trip to White Mountain since the climbs would have been only within two days of each other.  It could be a number of reasons.

Looking back, I realized that if I had canceled on the commercial shoot, I would not be in the position I’m in today.  Because of the connection I made with the spokesmodel’s hair stylist who asked for my number, I am now the stand-in double for the model/actress on her popular TV talk show.  I have been able to gain valuable experience on camera, learn the inner workings of production and interact with the various celebrities that come through the doors every day.

This past year has been amazing and the best is yet to come.  The experience I’ve gained from working on the show has given me the inspiration and skills to produce and host the web series version of this blog.  (By the way, you can click the “Episodes” tab to view the videos.)

I heard someone say, “Opportunity doesn’t knock.  Instead it stands by silently, and normally goes unnoticed because at first it seems like an unfair exchange.”  I was bummed when I got the call for the commercial and asked to be available for the dates I was going to climb Mt. Whitney.  You have to be a climber in order to understand why I was torn about it.  If they had asked for my availability on any other dates, I would have been ecstatic, but I really had my heart set on climbing Mt. Whitney and, at the time, didn’t foresee any other opportunity to do it that summer.

The chance that I thought I was giving up was given back to me and the timing couldn’t have been more perfect.  Maybe you’ve missed an opportunity or traded in an opportunity for something else that seems like an unfair exchange.  Don’t be moved by what it looks like on the surface.  You may not see what lies far beyond where you are currently standing, but just trust the path in front of you.  Your steps will be made clearer as you move forward.  I know this to be true because I’m walking this journey right now.